Thanks to Fantasy Flight Games reprinting the awesome 1st edition core book and 1st edition sourcebook for Star Wars: The Roleplaying Game (also know as Star Wars D6), a lot of new players now own the basics to play this great, classic system.

Star Wars D6 is very much a “rules light” game, designed to recreate the fast-paced space opera tone of the original Star Wars trilogy. As a result, though, some things one might expect to find in those books aren’t there, most notably rules or stats for capital ships: those giant vessels like Star Destroyers and Mon Calamari Cruisers seen duking it out in Return of the Jedi.

While one can easily use the rules given for smaller starship combat that are included, the main issue is the missing ship stats; the sourcebook details the ships themselves but provides no usable game values for them.

This was rectified with the release of the 1989 ‘Rules Companion’ by Greg Gorden. In this book, the “missing” stats for the capital ships mentioned in the 1st edition rulebook and sourcebook (i.e. the two books recently reprinted by FFG). Rules for capital ship combat were later added in the Rules Companion and subsequently the 2nd edition.

However, the Rules Companion is long out of print and it doesn’t look like it will be getting a reprint any time soon. Thus, I’m sharing these stats here in an easy-to-consult format for those who may have bought the reprinted book set but still want to try capital ship combat under 1st edition rules. 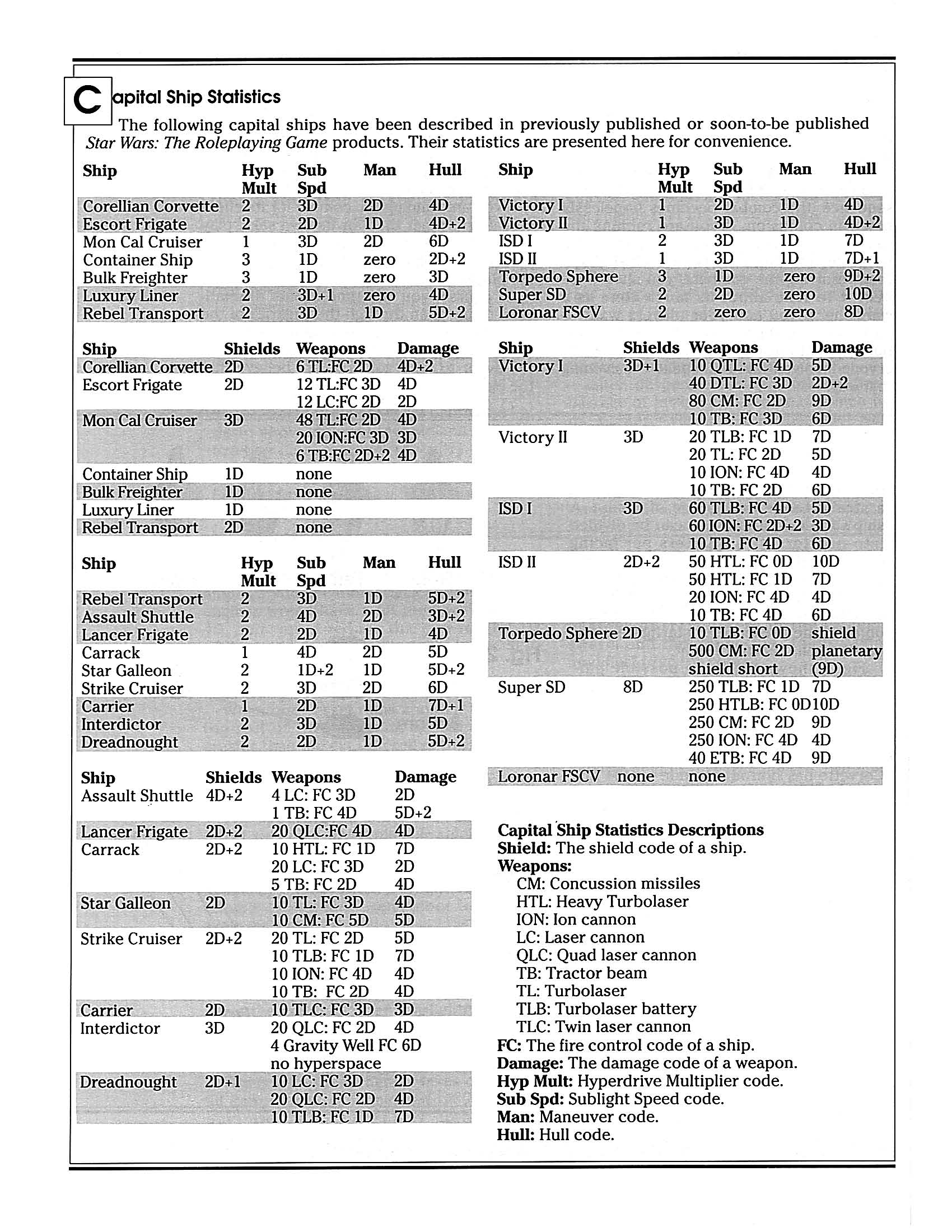 Hope these are helpful to someone who’s recently bought the FFG re-release (and if you haven’t, I heartily recommend these books as a great game system from the past).