I’ve made no secret that I prefer the 1st edition of West End Games Star Wars: The Roleplaying Game (also known as Star Wars D6) but I know the second edition has a lot of fans. Also, many who’ve bought the recent Fantasy Flight Games reprint may be looking at a way to convert the plethora of second edition material fans have made and posted online to the re-released first edition.

The charts below is taken from the 2nd Edition rulebook but I’ve edited them into a single image for quick lookup. 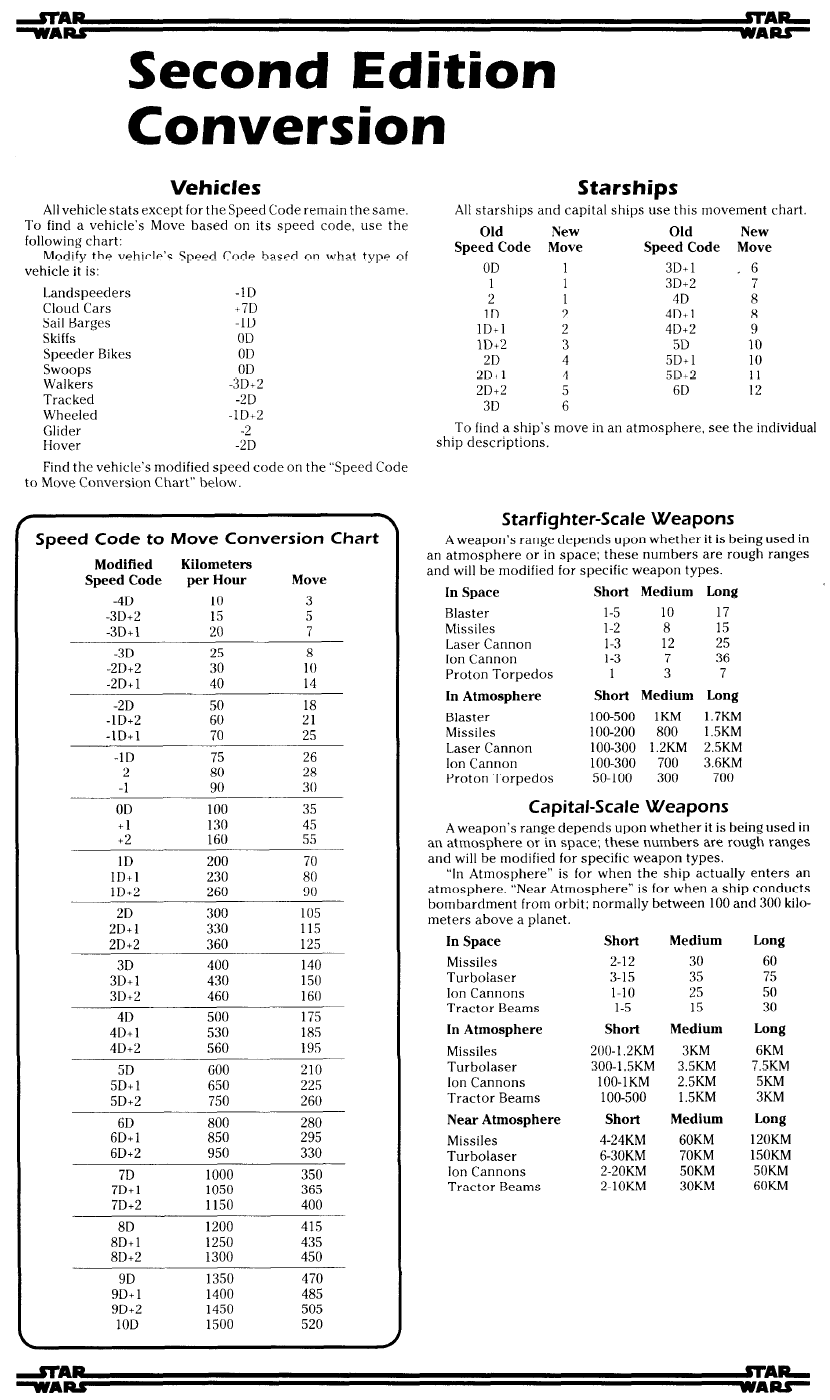 I hope this helps people like me who want to create or convert stuff between 1st edition and 2nd edition rules.

The only problem is that converting “backwards” using these tables isn’t 100% foolproof; for example, a ship with a Move of 2 could have a Speed Code of 1D or 1D+1… there’s no way to know exactly.