Another small set, I actually imagined this being not as small as the official Ganrash polybag promo, but something half the size of Draida that is intended more as a “booster pack” where the small map can be played as-is or it can be added to existing sets for new play value; IMO, Caros would best fit with Andrew Borntreger’s Sands of Kemet or the official Draida or Narthuz sets, due to the “sandy cave” theme. 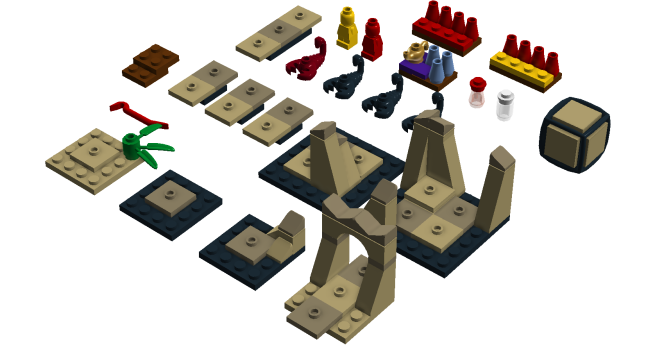 The desert of Caros is said to be home to a cave that hides a mysterious treasure: a magical genie’s lamp that grants three wishes to whoever possesses it!

Such a relic could greatly aid in saving Ennon from the monsters now threatening it, but first the heroes must get past the giant scorpions guarding the caves…

The Genie’s Lamp is a powerful relic. It may be kept between missions or sold for 2 Gold Pieces. The player who possesses the Lamp also gets the Wish Bar, which contains 3 Wish Tokens. 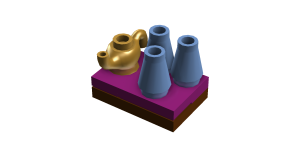 At any time during a Quest, a player with the Lamp may discard one Wish (put it back in the box) to do one of the following:

If you sell this relic – or when all 3 Wishes have been used – put the Lamp and the Wish Bar back in the box. The Lamp cannot be sold once it has less than 3 Wishes left.

Note: if you are playing using only this set (and thus have no access to Gold or other potions), you may prefer to simply allow players to spend a Wish at any time to re-roll the Lego dice. 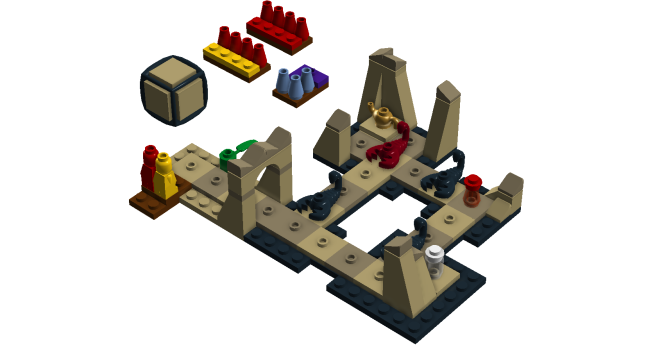 Because this is designed to mimic the “introductory” set concept like Draida, the Hero Packs included here are the “simple” ones as found in that set rather than the full-size ones used in other sets. Also, there are no weapons, Gold Pieces or Shop (as with Draida). Of course, this set can easily be played using the full rules by just adding gold pieces to the map, using full-size Hero Packs and allowing normal use of the Shop.

For Scorpions, use the common Lego animals that are often found in  sets such as the Egypt, Ninjago and Prince of Persia lines. The Fire Scorpion is best represented by a red scorpion (usually sold as a “lobster” in several restaurant or beach-themed sets) but any non-black scorpion (gold, dark grey, etc.) you have on-hand can be substituted.

The Genie’s Lamp was (to my knowledge) only sold with the Collectable Minifigure “Genie” figures: the Genie (Series 6), Genie Girl (Series 12) and Genie of the Lamp (Disney Series 1). As such, it’s quite a rare part, sadly. Obviously, you can substitute a brick-built alternative or even just a pearl gold brick for the “pickup” item, as the only thing you need for play is the Wish Bar and tokens, which are made from much easier-to-find (and substitute) parts.

The game mechanics for the Genie’s Lamp was kept as simple as possible; by giving the player the choice to pick any single use item, including potions, allows pretty much anything they might want to do: you can pass through monsters (invisibility potion), move further (speed potion), re-roll (luck potion), defeat a monster (strength potion), recover health (life potion), avoid damage (defense potion), use a skill (skill potion), open a locked door (key) or blow up a cracked wall (bomb)! Obviously, this is limited using this set alone since it only contains the Life and Invisibility potions as options, but with other sets combined, the “wish” possibilities are awesome (which is why the relic is limited to three uses full stop, not per Quest). 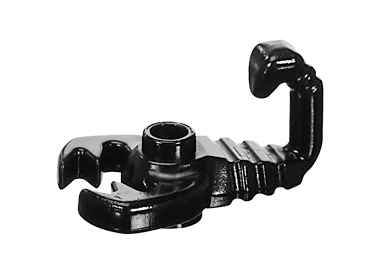 Feel free to suggest/send alternate Quest layouts for this set!

One thought on “Lego Heroica: Caves of Caros”